Shopping Cart
Your Cart is Empty
Quantity:
Subtotal
Taxes
Shipping
Total
There was an error with PayPalClick here to try again

Thank you for your business!You should be receiving an order confirmation from Paypal shortly.Exit Shopping Cart

Adventures in the Field, 1st entry

More often than not, when I visit a piano out in the field, at least one technician (if not more) has serviced the piano before me.  Most of the time the technician's work is transparent, in that any repairs that were done were carried out proficiently, so that there's no outward sign (save for the occasional shiny new string or part) that a repair was needed.

Sometimes, though, the work is not so transparently done. 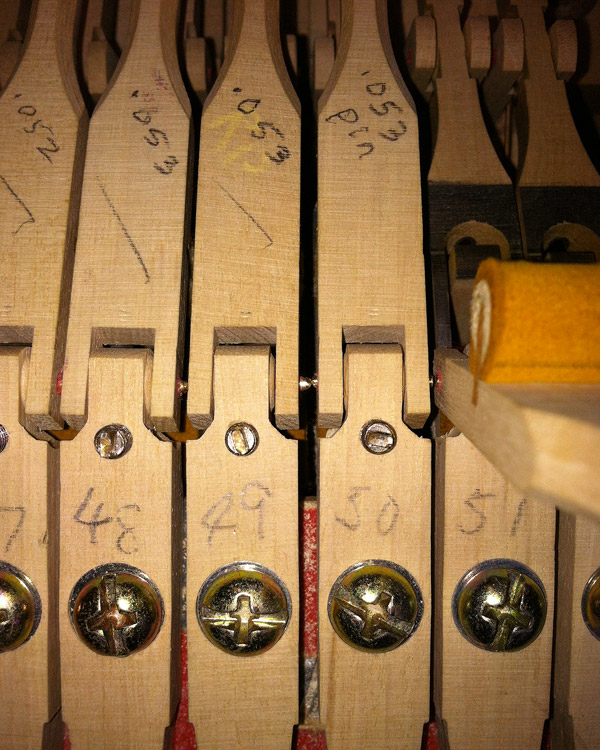 Where the two flanges meet in 48-51, you'll see metal pins sticking out the sides.  Here's another view: 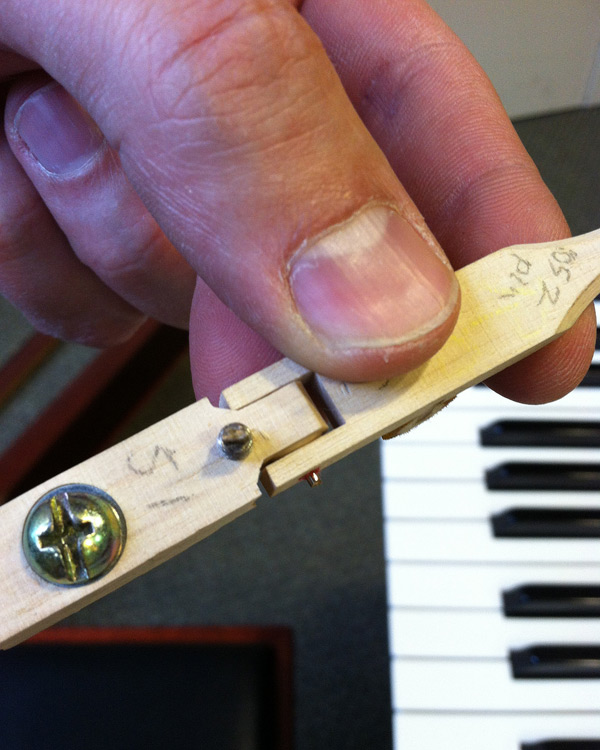 The pins should be cut flush to the side of the flange.  As I found it, they were sticking out far enough to be rubbing up against the neighboring pins, introducing extra friction into an action that was already plagued with it.  A quick fix, thankfully, but it did leave me scratching my head at the oversight.